Formation of the Universe

If you want to have a correct understanding about the existence of the universe and things in it, human’s scientific instruments as of today are never able to provide us the true picture or anything going further than our eyesight. The only way to see and understand about it correctly is to cultivate yourself to activate your “divine senses” to learn with assistance from the Invisible World and then see the universe by yourself. The most important and interesting part of the Universe is invisible and that part reveals the true nature of the universe. That World is a lot more advanced than the visible world that we see and live in today. The discussion below is an extract from the book “Universe and Man – Theory of Relationship” written by Prof Dich – Van Van Quang Buddha. (This book can be downloaded here)

In this article (as well as in other posts in this website):

Formation of the Universe

Troi (name is OAGHY) is the Supreme Power of the Universe so has the full name as Troi Supreme Power in Universe, shortly called Troi. The word Troi must be written in capitalized letter, must not be translated but only transliterated into other languages as Troi. Troi created Universe and Man (including Rough Man and Astral Man) so Troi can be called the Creator.

Troi has 5 constituent Ban which are Ban Kim (Troi name is Bahy Kim), Ban Mok (Bahy Mok), Ban Txuy (Bahy Txuy), Ban Xoa (Bahy Xoa) and Ban Txo (Bahy Txo). When Troi was just formed Troi had 30 members (called FADAO), each Ban had 6 members. Members of Troi are those from the rank of Upper Buddha who are transferred up when they meet conditions to be a member of Troi.

As of this year 2018, Troi has almost 600 members. Among these members there are 9 key members called VUKY constituting the supreme organ of Troi (called HYGHU) (similar organ on Earth called Standing Committee). HYGHU quickly decides everyday works of Troi. Each member FADAO is assigned with the task of managing and supervising all actions of planets and men in the Universe. Troi manages Universe and men with the system of Txe levels and the Psyche-sphere layer placed covering each planet. The Txe levels of Troi were created along with formation of Troi and the Psyche-sphere layer is created along with the formation of each planet.

1.2.2 Troi created the Universe and Men

In accordance with instructions of Shakyamuni- LANTIG Buddha, the Universe was created by Troi about 14.4 billion years ago by rotating of 5 constituent Bans Kim Mok Txuy Hoa Txo. At the beginning the Universe was created by a gigantic atomic explosion caused by very high velocity rotation of Troi to create the initial Universe. Earth men called this explosion “Big Bang”. At the beginning the Universe was very pristine. During the last 14.4 billion years, Troi has been continuously creating planets and systems of planets and men (including Rough Men and Astral Men) in the whole Universe, until today. As of today, Troi has created billion of billion of billion of billion (4 words billion, i.e 1036 ) of planets, 747 systems of planets, 3 Galaxies, 48 billion Astral men and about 39.3 billion Rough men in all 5 mankind-living planets in the Universe.

Below is some information about the formation of the Universe:

– The Universe was created more than 14.4 billion years ago by Troi. There is only one Universe with 3 Galaxies.

-There are five planets in Universe which have human living on them, called as the mankind-living planets. Among these, 3 planets have higher civilisation than Earth and one has lower civilisation. The higher the ratio of Sprit/Body the more civilised the man (see Figure 2.1 and Table 4.1).

The Physical space is the space where Rough men are living. It is a three-dimension space (XYZ axes) and everybody can see this space.

The space with 13 levels as illustrated in Figure 1.4, from Prison level (immediately above the Physical space), going clockwise, to Troi level is Subtle space which we cannot see. The Subtle space is also called Information Space (everything here exists in the form of information wave, very light and subtle). The Astral men live in this Subtle space. 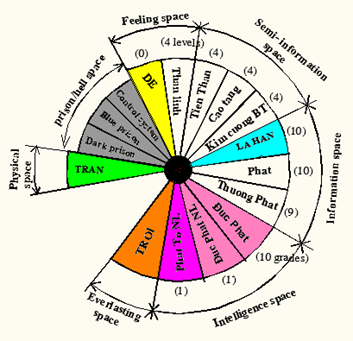 Figure 1.4 – Diagram of spaces in the Universe

– Dark Prison for Astral men who committed serious crime, they are imprisoned and shackled.

– Blue Prison for those who committed not-so-serious crimes, they are imprisoned without any fetters.

– Control system for Astral men who are keeping under surveillance.

In the Prison space, there is only imprisonment with shackling or without shackling. There is no torture like pouring boiling oil into mouth or sawing or cutting body as mentioned in literature of some religions.

+ Feeling space, including De level (the lay Astral man living in invisible space and the Astrals of lay Rough men after death dwell here) and Than Linh (Deity) level (the deities who are Astral men worshiped at home in many countries).

+ Everlasting space, is the space of Troi Supreme Power in Universe, not of any specific Astral man.

The further going clockwise, the lighter and more subtle is the light of space level.

In Figure 1.4, we see a number on each space level put in bracket. This is the number of levels for each space. Specifically: De space, there is no level, every lay Astral man here are the same. The spaces of Than Linh-Deity, Tien Than-Divinity, Cao Tang- High Virtue Bonze and Kim Cuong- Colossus Bodhisattva have 4 levels, with 4 is the highest (for example, Tien Than-Divinity such as Lord worshiped in pagoda or God worshiped in communal house of levels 1 or 2 will wear silk brocade without band, of levels 3 or 4 will wear band). In La Han-Arhat space, there are 10 levels. There are 10 levels in Phat-Buddha (no Buddha name) space and 9 levels in Thuong Phat- High Buddha space. In Upper Buddha space there are 10 grades. Duc Phat Nhu Lai- Tathāgata Upper Buddha and Phat To Nhu Lai-Tathāgata Founder Buddha spaces have only one grade. These Buddhas are honoured as the Highest Revered Buddhas.

There exist in the Universe Physical (visible) space and Subtle (invisible) space. However, now mankind rarely talks about the subtle space. The civilization of the Invisible Subtle space is always higher than the civilization of the Visible one. Therefore, it is very helpful if we can have the assistance from the Invisible space. (We go praying in religious places for this purpose, don’t we?). The big mistake of mankind so far is we are not willing to cooperate with the invisible space. Those who make this cooperation are even being considered as “superstitious”, or “witched”. Cooperation with the Astral men in the invisible space will help us to have a lot bigger power. The Astral men can help us to do many works that Rough men cannot do on our own. They, however, only help us if we make our own effort.